ABOUT LINA MARGAITYTĖ AND MARIUS KRIVIČIUS LITHUANIAN CINEMATOGRAPHERS DUO
We are Lina Margaitytė and Marius Krivičius - two cinematographers, CAMERIMAGE 2020 Golden Tadpole nominees, working together to make amazing things happen.
But wait... why two cinematographers, not one? Our rare decision to work together came not so long ago. We started working as camera assistants for each other while DOP'ing but later on we found out that dealing with all the technical stuff and helping each other with creative decisions is very complicated, so one day we tried to film together as two cinematographers. And that's when the magic happened. It doubled our creativity, knowledge, power and made problem-solving much faster and more productive. All the directors we are working together say that having two of us on set just makes their lives easier.

We believe that a great idea requires more than just beautiful pictures. It requires shots that tell a story, that give you goosebumps, and make the audience laugh or cry.

It doesn't matter if it's a 30-second commercial, a music video, or a feature film with jet fighters and explosions (we haven't shot that one yet but we'd really love to) - we will do our best to make it spectacular.

LINA MARGAITYTĖ is an emerging female cinematographer from Lithuania.
She studied BA cinematography at Lithuanian Academy of Music and Theater and now shares her knowledge with youth at Skalvija Film Academy.
Her interest in ornithology and dendrology, as well as colors, pigments, and their history rarely make a good topic for a discussion at the party but really helps to find visual ways to create an atmosphere.
She has shot short films that premiered and won awards worldwide. One of her latest works was nominated for Lithuanian Association of Cinematographers Acorn award for the best cinematography.

MARIUS KRIVIČIUS is a Lithuanian director of photography.
Besides creating moving images Marius loves photography and especially shooting on medium format film.
He is one of probably not so many cinematographers, whose photography works have been exhibited in the National Gallery of Poland and Kunsthalle Wien.
He graduated BA cinematography at Lithuanian Academy of Music and Theater, worked on many different projects, and gained valuable experience on how to solve challenges on different budgets and make even the craziest ideas happen.​​​​​​​ 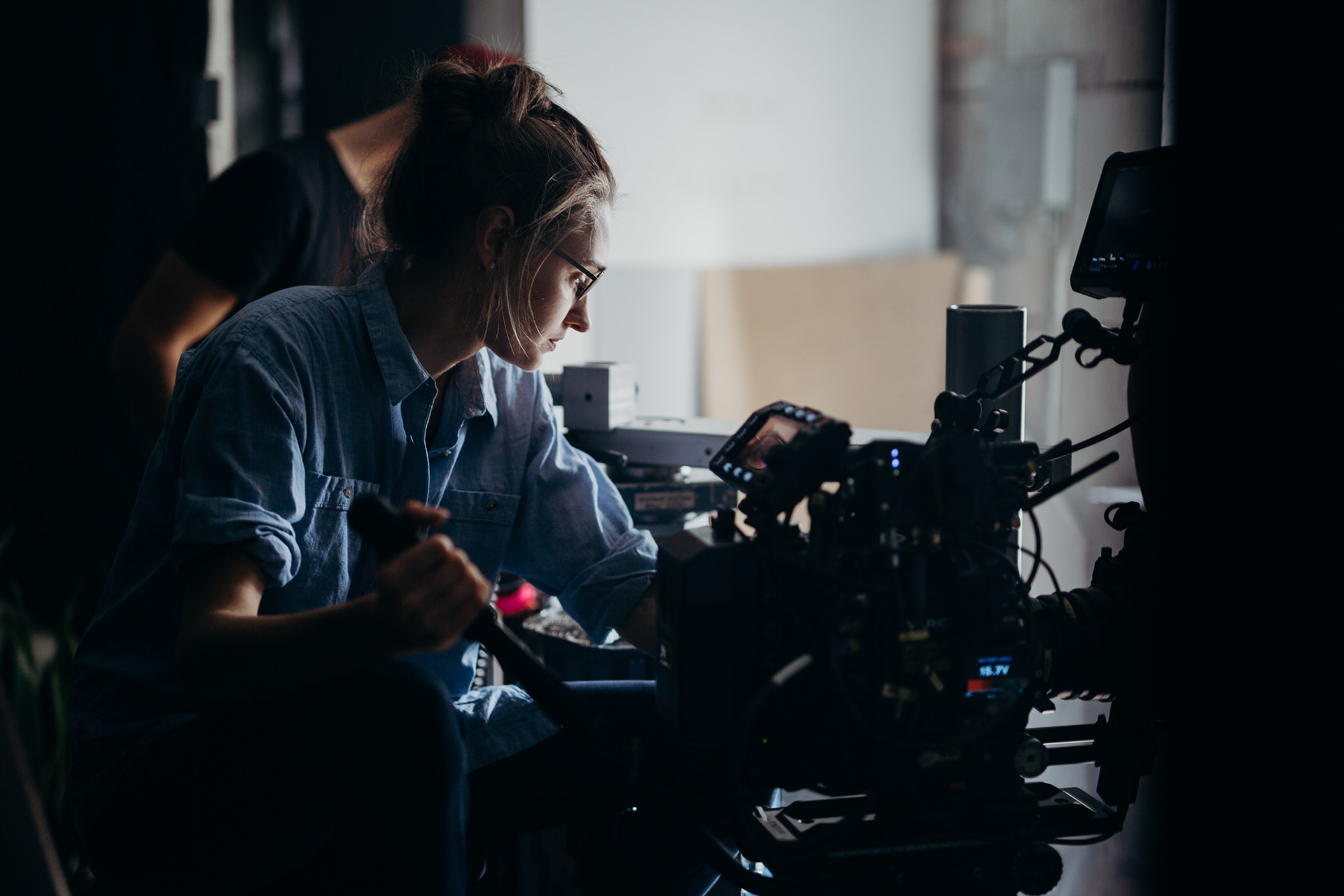 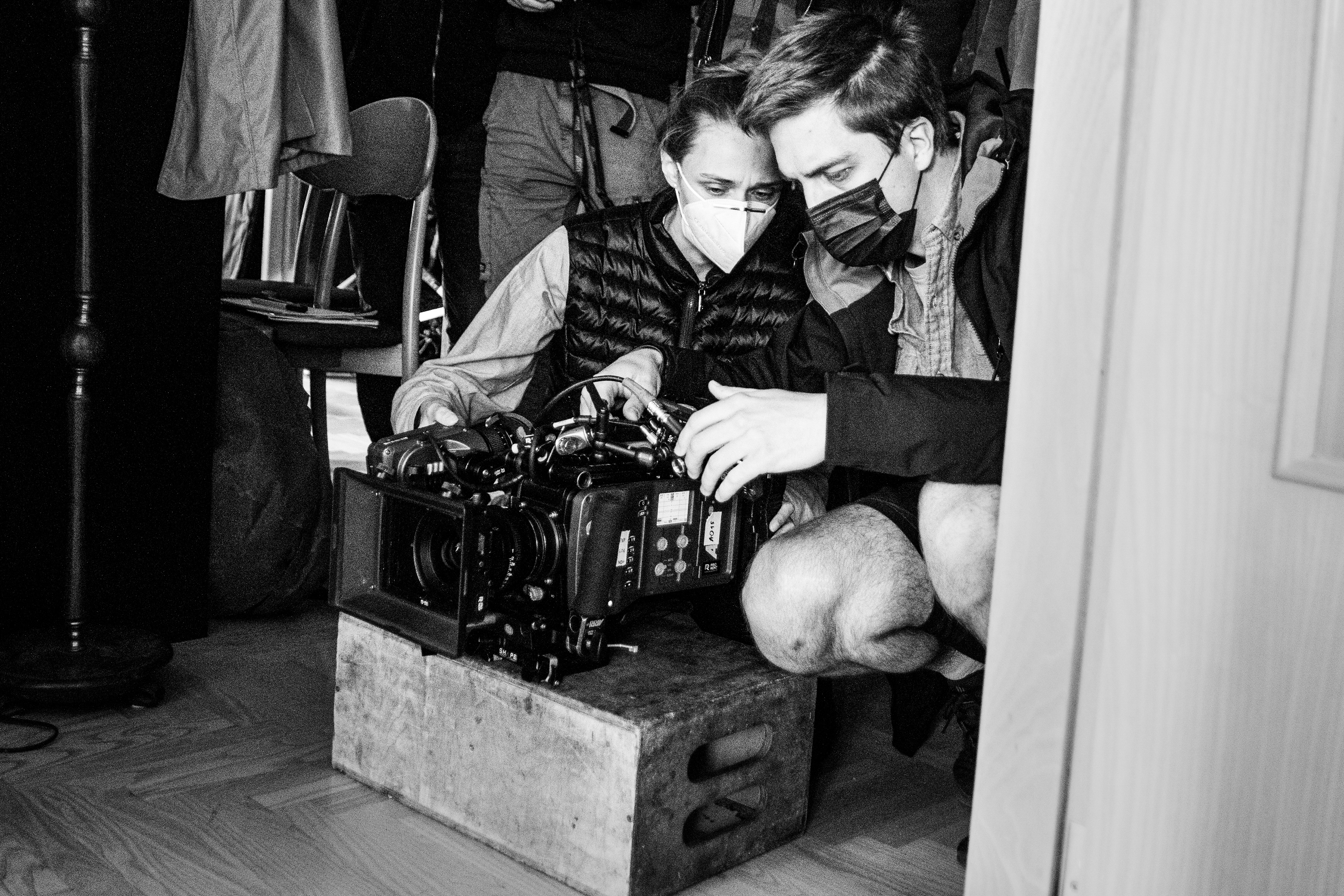 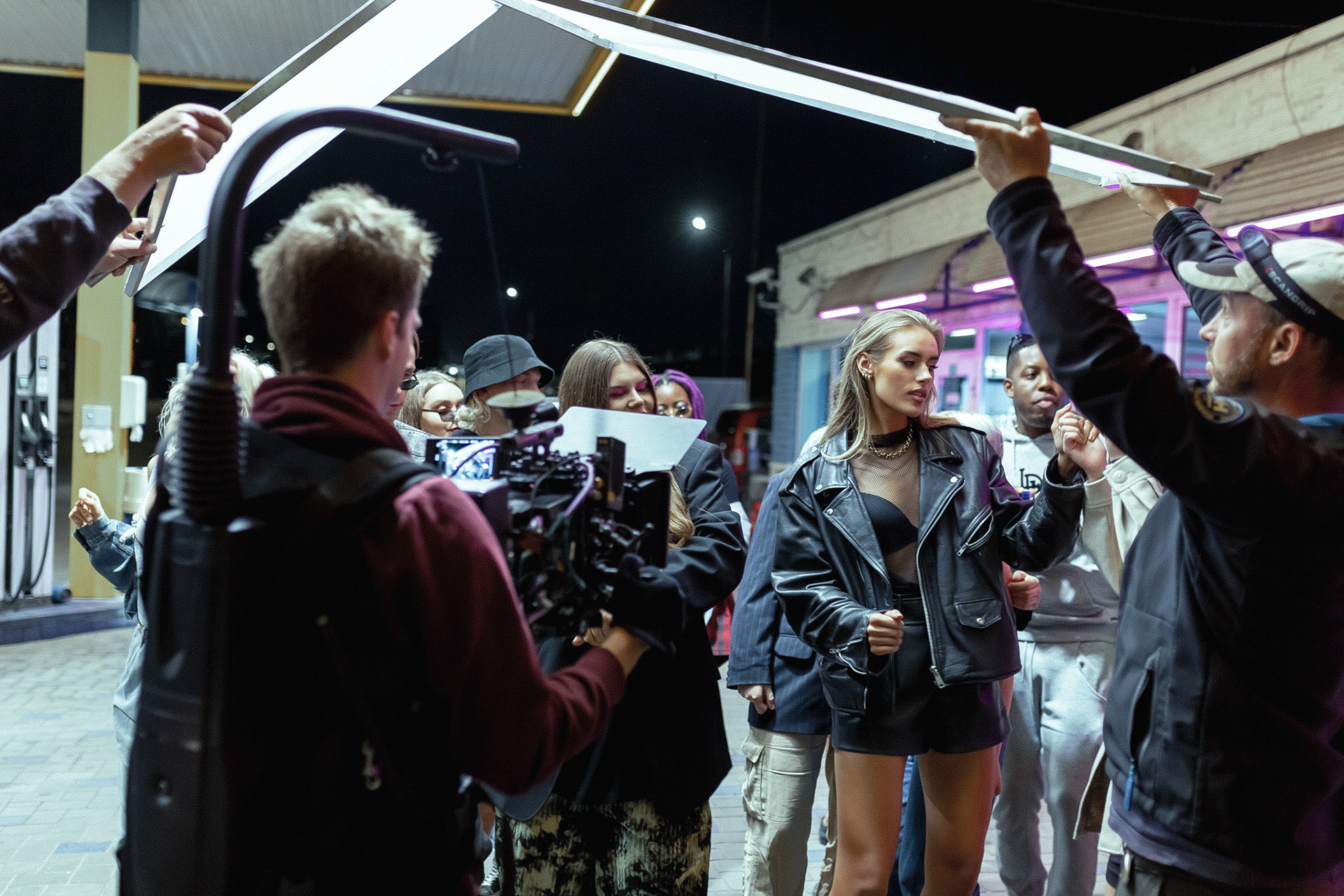 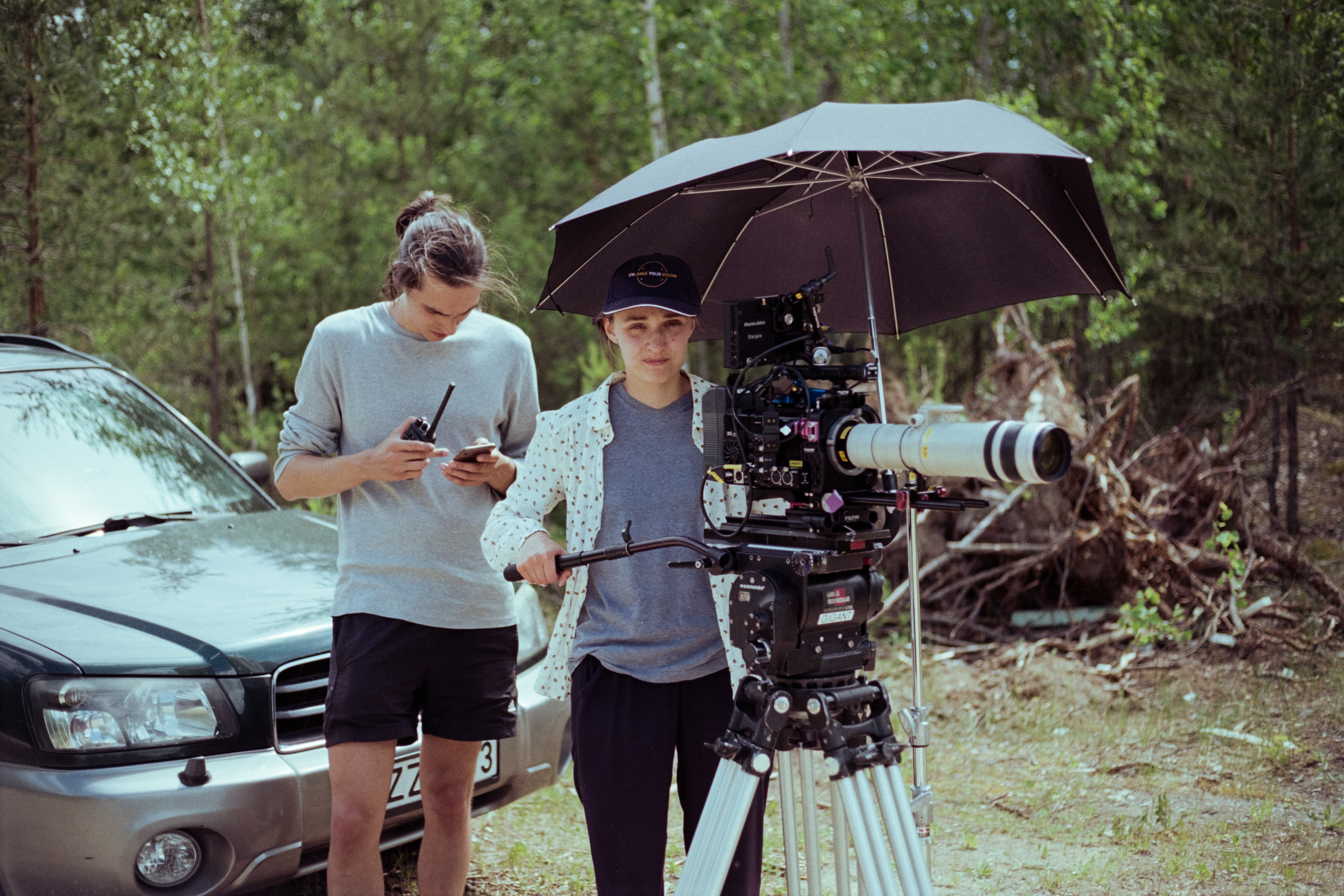 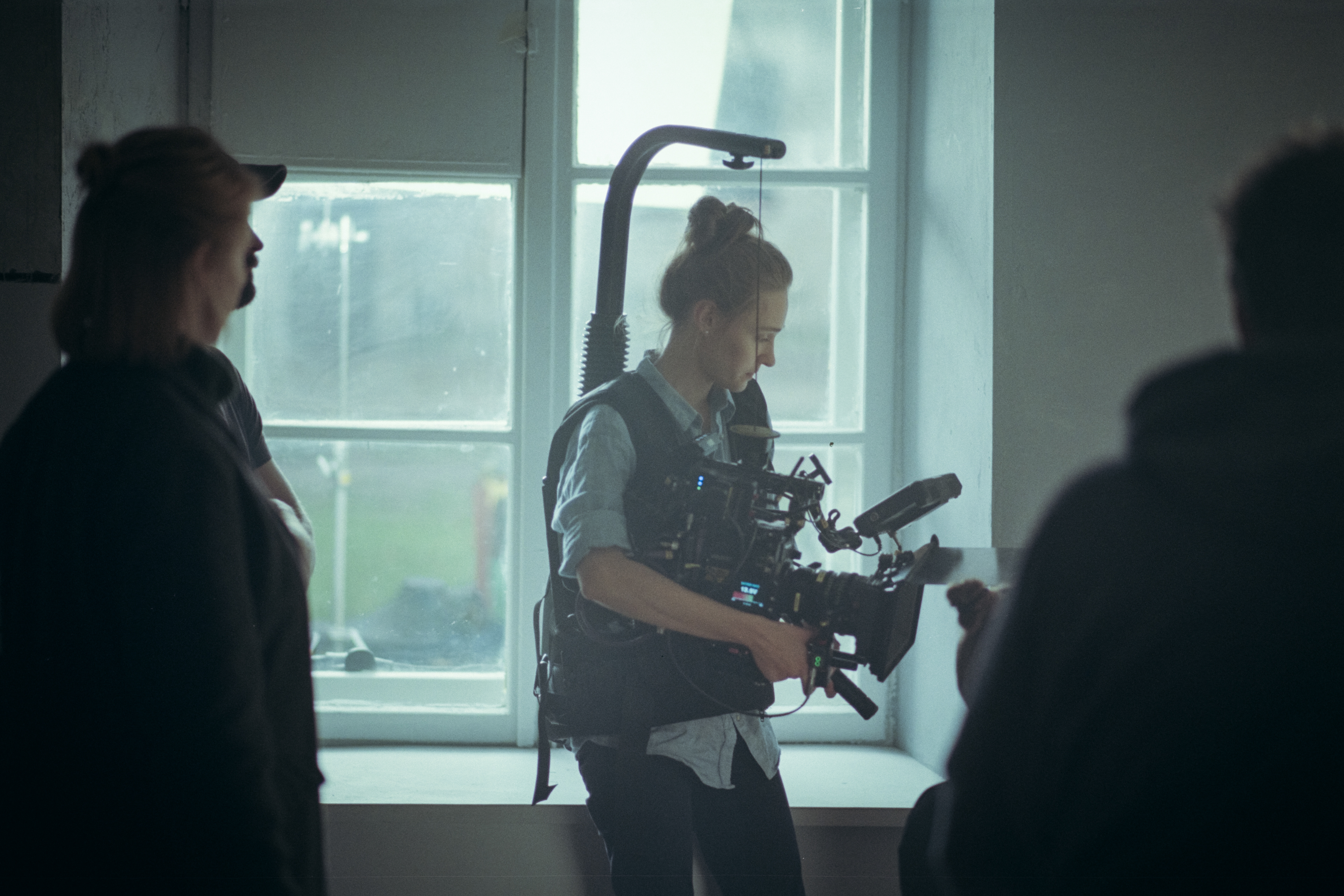